Data boxes may randomly appear when participating in ranked matches during the event period.
Win matches containing data boxes and you can obtain special Victory Reward Campaign rewards such as card sleeves!

■Rewards
The following rewards may appear during the event:

■Notes
•There is a maximum of 5 data boxes per player per day. Data boxes will have a random chance of spawning until 5 have been obtained.
•The daily limit resets at 9:00 AM PDT.
•Card sleeves obtained from purple data boxes will be removed from the possible rewards pool once they have been obtained.
•Forfeiting a match immediately after it begins will result in data boxes not appearing in the following match.
•If you lose a match containing a data box, the same data box will appear in the next match you play.
•If a data box appears during a match when the daily reset occurs, it will count toward the 5 data boxes for the previous day. It is possible to obtain 6 data boxes in a day in this situation.
•Data boxes cannot be obtained if the campaign ends while a match is still in progress.
•Campaign start and end times are subject to change without notice. 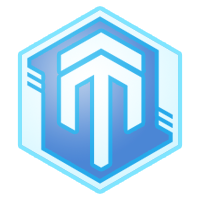